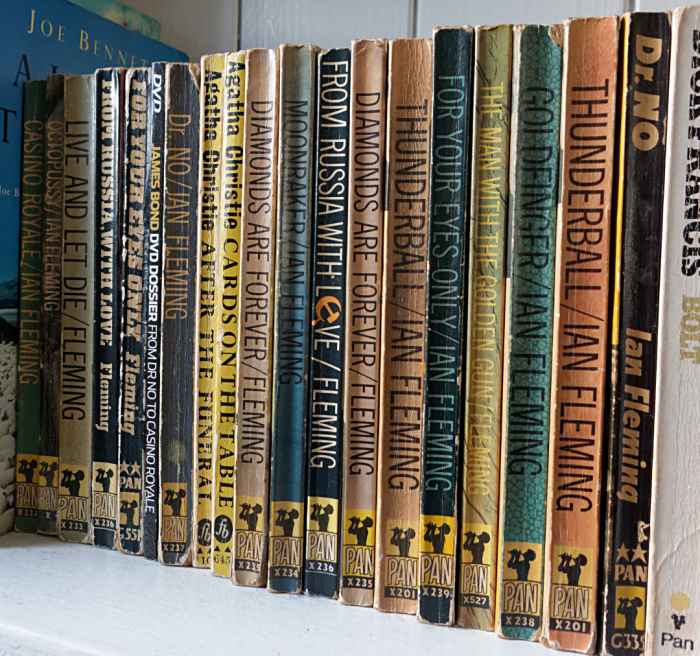 A couple of weeks ago I was working in a house in Milbrook in Bedfordshire and spotted this nice row of books, nearly all 1960s James Bond Pan paperbacks. I asked nicely and was allowed to photograph them and have a close look at one or two.

I saw that the copy of From Russia With Love had the same cover art as my own 1962 copy, but I also had a look at their copy of The Spy Who Loved Me. My example of this book is a hardback, so I was interested to see this paperback's front cover.

The map on the front cover artwork shows the area where much of the action takes place, which is where you might find the Dreamy Pines Motor Court, in the Adirondack Mountains in the North of New York State. This particular Pan book was printed (if I remember) in 1969. I wrote about my hardback copy and some of its history here. 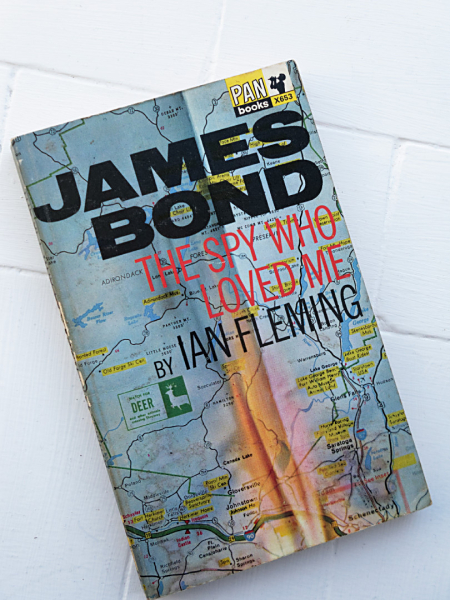 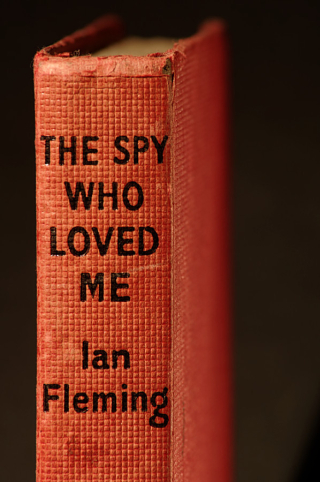 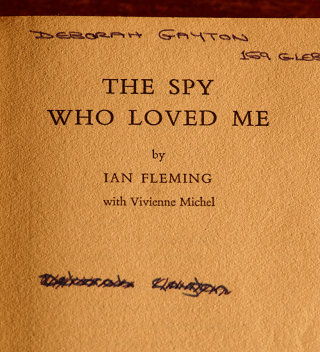 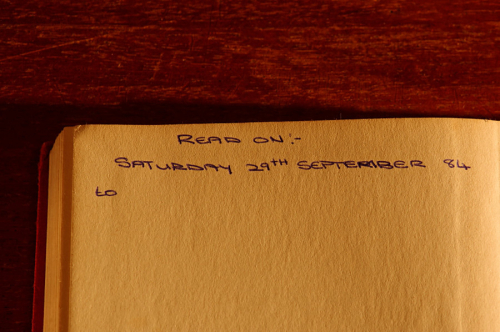