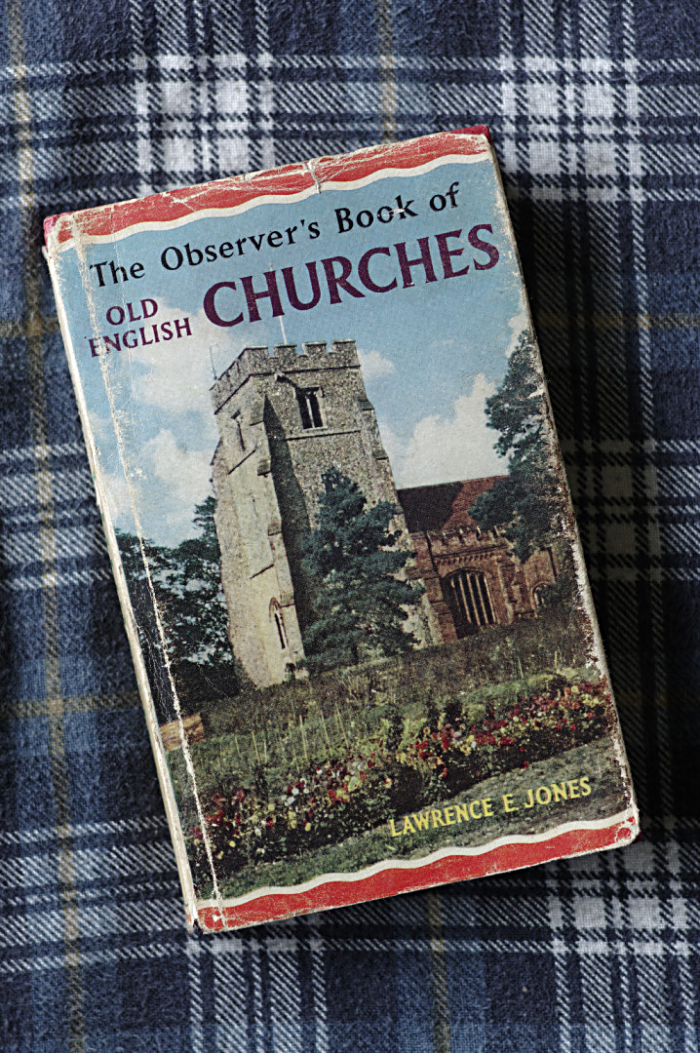 One good clue to the age of a church is the design of the windows. The contents list directs me to pages 56 to 67, where the windows are described in period order, starting with the tiny windows of Saxon times. 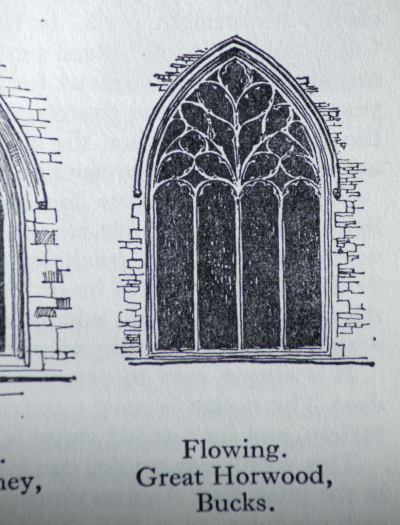 There are plenty of clear line illustrations of examples, including one of the East window of Great Horwood church, just eight miles from me.

The book says that it’s a good example of a flowing tracery window. These sorts of windows were built late in the decorated period of church design. That is, around 1360 to 1377.

I’ve usually found that an older church can have windows from several periods, as new windows were inserted into older walls, or the church was enlarged. But there’s often a window or two that hasn’t been updated or replaced, or at least the evidence of one, inside or outside. The church of St. James, Great Horwood. The East window, this week.

Sometimes you’ll find Victorian churches that look convincingly old, but one good clue is that the windows are all in the same style.

Another clue is that the roofs are often extremely steep, steeper than they would be in the days when churches had thatched roofs. 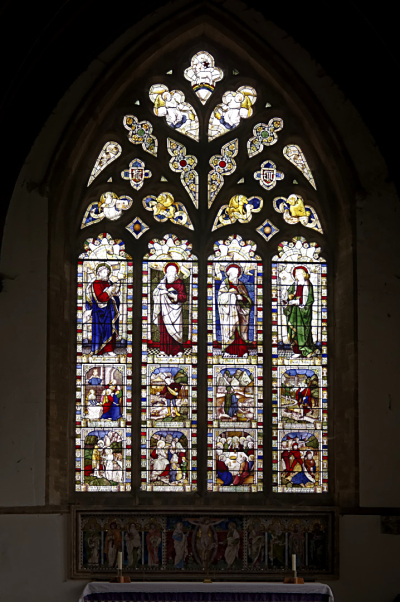 The same window from the inside.

With the contents list is a list of English architectural periods, so if the book tells you a feature is Early English, you know it dates from around 1189 to 1280. There’s also an illustration showing how churches typically develop to help you in working out what’s happened with the church you are looking at.

It’s right at the front of the book, “Features to Look For in an Old English Church”. It’s very useful. 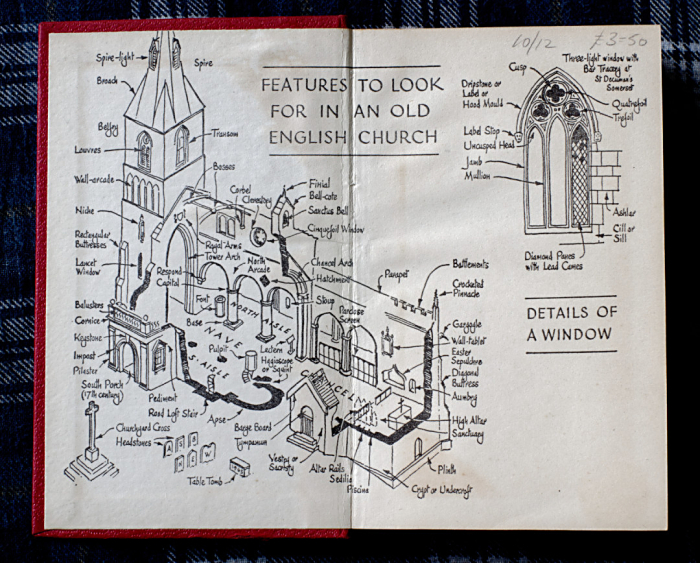 Features to look for...

The book’s all set up for easy reference, just what The Observers series was designed for, and it fits in the pocket. As it said on the first Observers Books, Popular price, Suitable for carrying in the pocket, Accurate pictures.

There are lots of pictures in the Observers Book of Old English Churches, both line drawings and photographs. There’s an index of illustrations so that you can see if a local church is featured. 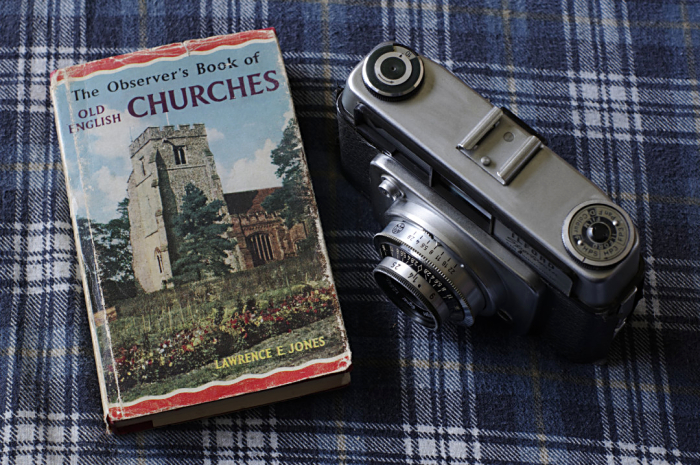 All ready to go and look at some churches.

The Observer's Book of Old English Churches, by Lawrence E. Jones, illustrations by A. S. B. New.