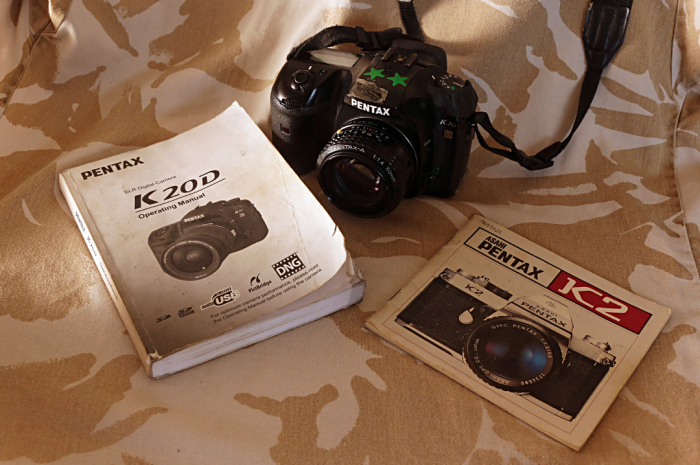 The green stars on the camera are so I can tell it from the other Pentax at a glance.

Most of the photos you’ll see on this blog were taken on Pentax cameras. Of course, they’re digital cameras, but I’ve had Pentax film cameras in the past.

In the 1980s,  I owned  a Pentax K2. They were first produced in 1975. It has auto or manual exposure and is manual focus. It was solid, it had a lovely viewfinder, I enjoyed using it. Short of money, I had to sell it. But I wouldn’t mind another one.

One of my digital Pentax cameras is a K20D. It’s a very fine camera, and was introduced in 2008. It has lots of different sorts of auto exposure, and manual exposure too. It is an autofocus camera.

Both cameras weigh about the same.

Things have changed since the 1970s. Cameras have become more versatile but also more complex, and so the manuals have grown.

This is why the Pentax K20D’s manual has 292 pages. The list of contents covers five pages, and the index is another five pages.

The Pentax K2’s manual has just 40 pages. One page is the contents list. It’s such a short manual that it doesn’t need an index.

I enjoy using the digital K20D so much, that I bought another digital Pentax to go with it last year. (A K3, if you know what that is) I used it to take the photos for this post. 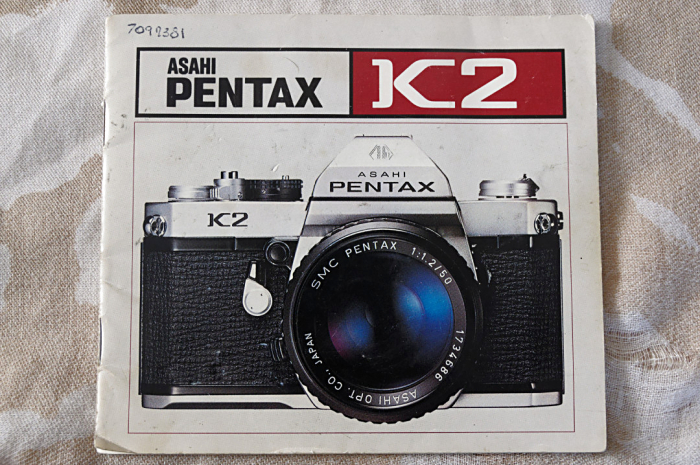 This is the film one. 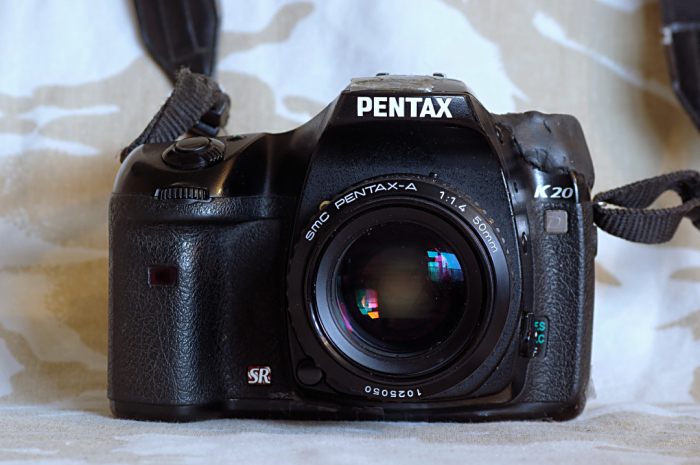 The digital one. (The ‘D’ in the name is so you don’t think it uses glass plates or something)

The K2 has eight controls when taking photos. One is the shutter release. One is for winding on the film and cocks the shutter ready for the next shot. With practise, using the camera comes naturally.

The Pentax K20D has twenty two controls when taking photos. One is the shutter release. There is no film to wind on, but a tiny electric motor cocks the shutter automatically.

With practise, using this camera also comes naturally, but if using all the options rather than just the basics, it takes much longer to become practised.

As if that wasn’t enough, there’s also four more buttons. Three are for looking at your photos. (See “Chimping”, below) One is marked “Menu” and takes you into levels of complexity and options that, once set to your liking, with a bit of luck you’ll never have to go to again. Nearly all digital cameras are like this; the more the camera can do, the more there is of the menus. 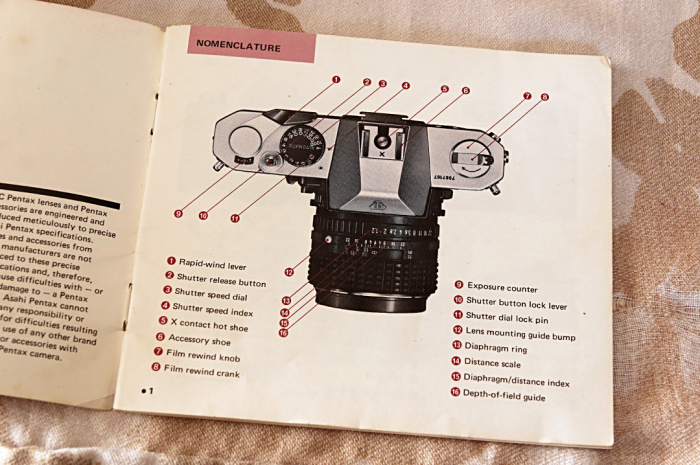 You can get away with using just a few of these controls for most of your photography. 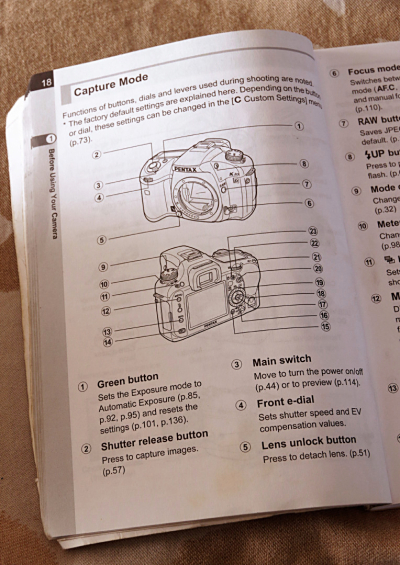 You can get away with using just a few of these controls, but there are loads of other options and buttons.

This is the practise of looking at every single photo you take, just after you’ve taken it.

If it’s especially good you show it to all your friends, and there’s a deafening chorus of chimp noises. When you eventually look up from the screen, the parade has gone by; you’ve missed it. You have one maybe okayish photo of the start.

Sure, the first photo I take of anything I’ll check it on the screen. Modern cameras have so many settings it’s easy to forget one, and I just want to see that all is well. That’s it. I’ll admire my photos later.