Home Affiliates Commenting... About
Into 2019
A Birthday Treat 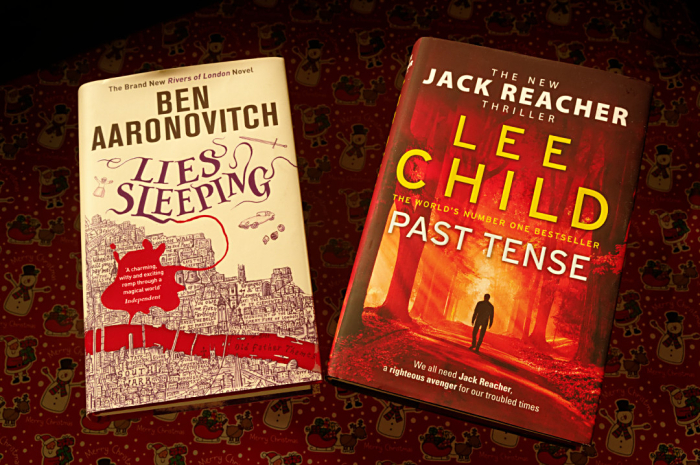 Twelfth night was Saturday. The dust has settled, the decorations are down, the cards put away; I’ve read my Christmas books.

As I’d hoped, these books were Lies Sleeping by Ben Aaronovitch, the most recent of his Rivers of London series, and Past Tense by Lee Child; his latest Reacher novel. I wrote about these two rather good series before Christmas, here.

Of course, then I had to be patient, and see if the fat bloke with the white beard and the red outfit did the right thing. He did.

Well worth the wait for both these books, I reckon. So here’s a couple of excerpts, first from Lies Sleeping:

“Some say there is an invisible line in the world that separates the demi-monde, the world of magic, from the mundane world of everyday existence. They say that if you step over that line, however unknowingly, your world will be changed forever. They say that once you have taken that fateful step you can never go back, never unsee what you have seen, never unknow what you have discovered.
This is of course total b©ll©cks. *
Of course you can cross back; you can move to Burnley and become a hairdresser, or to Sutton and work in IT. You can go caravanning in Wales and never see a single dragon, and go swimming in the Severn and never once meet the goddess Sabrina.
Even the very strange can leave the demi-monde if they put their mind to it. There’s definitely at least one bridge troll that I know of teaching PE at a comprehensive in Reading.”

*The last word in this sentence was slightly edited.

This is from Past Tense:

Reacher said, ‘Want me to hit you?’
No reply.
‘It’s not a difficult question,’ Reacher said. ‘A yes or a no answer will do it.’
By that point the kid was shuffling in place, trying to find a bearable position, huffing and gasping. But not squealing yet. He said, ‘OK, sure, I got her signals wrong. I’m sorry, man. I’ll leave her alone now.
‘What about her job?’
I was kidding, man.’
What about the next new waitress, down on her luck, in need of secure employment?’
The kid didn’t answer.
Reacher clamped down harder, and said, ‘Want me to hit you?
The kid said, ‘No.’
‘No means no, right? I expect they teach you that now, at your fancy university. Kind of theoretical, I guess, from your point of view. Until now’
‘Come on, man.’
'Want me to hit you?’
‘No.’
Reacher hit him in the face, with a straight right, maximum force, crashing and twisting. Like a freight train. The kid’s lights went out immediately. He went slack and gravity took over. Reacher kept his left hand solid. All the kid’s weight fell on his own locked elbow. Reacher waited. One of two things would happen. Either the strength and elasticity in the kid’s ligaments would roll him forward, or they wouldn’t.”

I just love getting books as presents. If it’s a book I’ve asked for, (it usually is) there’s the anticipation, the delight in finding it inside the wrapping paper, and then immersing myself in another world. Far better than staring gormlessly at the Christmas day TV offerings. I also received a book token this Christmas; thanks li’l Sis.

But if in doubt about what to get me, and either you don’t know or I don’t know what I want, a book token is just as good, and in some ways better.

Though I don’t get a book to start that very day, there’s the further anticipation and the great pleasure I find in going to a bookshop, finding a book or two and handing over the token, having spent no money. Er, okay, maybe a couple of quid; but that’s just fine.

But what usually happens is that I pop the book token in a drawer, intending to use it when Christmas (or birthday) is done and the dust has settled. Then six or nine months later when I’ve forgotten all about the token, I accidentally find it in the drawer. This is always great, and it means I will very soon be visiting a book shop. 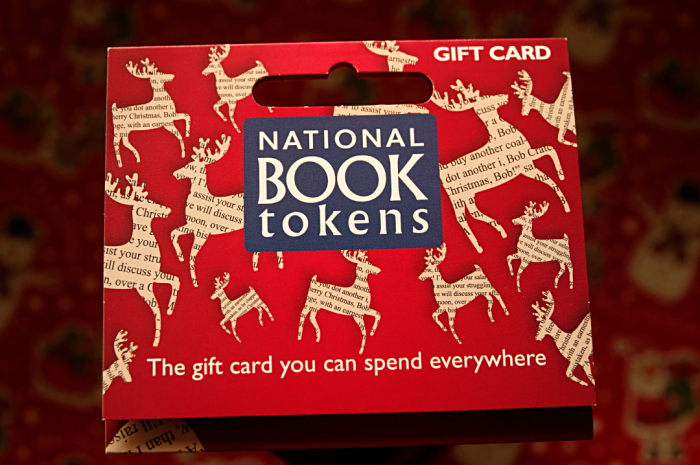 Book tokens, renamed National Book Tokens in 2003, have been on sale since 1932 and you can redeem them in thousands of book shops all over the UK, and in Ireland.

They can be redeemed for all sorts of books including school textbooks, and also for maps. Some booksellers will also accept them online; details at the link, above.

National Book Tokens paper gift vouchers do not expire for eight years from their last use, (this includes balance inquiries) and even then, if you go to the scheme’s website and fill in their form, they will replace the vouchers.

Some cards issued before October 2015 were issued with a two year limit from their last use, but you can still replace them at the same link. I didn’t know this, so now I shall be looking out for any old ones here at Bradbury Towers.

Another thing I didn’t know was that their value can for be anything up to £250! If anybody wants to show their appreciation of my work here, now you know just what to do…  : )