My Bird Hangs on in Fright, but it’s Just For Kicks

Regular readers will remember I wrote about Chester Dowling’s first book Just For Kicks, The Story of My Life back in May. As well as being Chester’s autobiography and a most entertaining read it’s a fine work of English social history.

When I wrote that post, it was thought by Chester’s family (he passed away in 2017) that the first book was sold out, but later they found a few unsold copies. Recently I talked to his daughter Lizzie, who told me that there were only about ten copies left, which are for sale at £100 each. If you go to the Just For Kicks website and email from there, you might still be able to pick up a copy. The Fifth Book
After Chester passed away, an almost complete Just For Kicks book was found on his computer.

That book is half way between the picture books and the Story of… books. Lizzie told me that they are not looking for any more contributions unless it’s a memory of Chester, in which case it must be short and sweet.

It’s hoped the book will be published in time for the next Ton Up Day, at Jack’s Hill Cafe, near Towcester, in mid July 2019. I’ll let you know when it’s published.

Just For Kicks The Story of Your Life

This one has stories that are mostly from other people, that Chester collected into this volume. There are escapades and cock-ups, triumphs and failures, of record collecting and selling, rockers, teds, bikers, and even some of them mods!

It follows the layout of the first book with an “intermission” in the middle; photos of record labels and other 50s and 60s artifacts and people. The book’s got lots of photos that you will not see elsewhere, as they were lent to him from people’s family albums.

There’s a glossary of terms in the back of the book, for translation purposes. 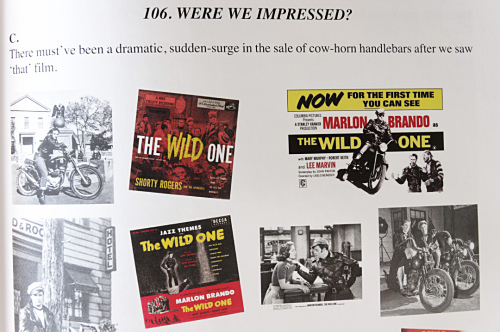 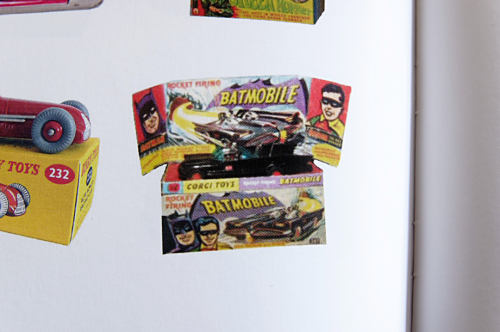 I had a Corgi toy Batmobile as a boy, and the red rockets that shot
out the back soon got lost... 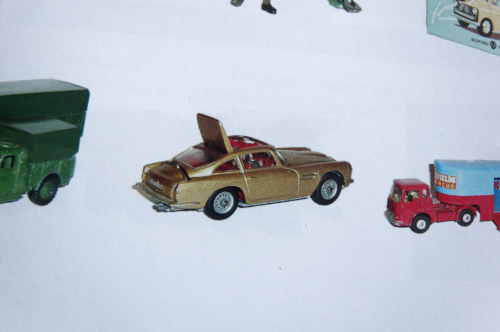 I had a Corgi toy James Bond Aston Martin DB5 as a boy, and the
man that shot out of the ejector seat soon got lost...

Just For Kicks The Big Picture Book
Well, the clue’s in the name. There are pictures of record sleeves and record labels, adverts, press cuttings, magazine covers (some a bit “racey” for the times), teds and rockers and bikes and gramophones, (we had one growing up, which is why I’ve still got an original copy of Mike Sarne’s Just For Kicks single) There’s toys and trashy paperback covers, and much, much, more! 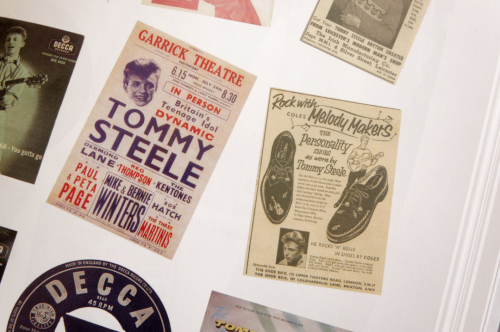 Tommy Steele and Mike and Bernie Winters on the same bill! 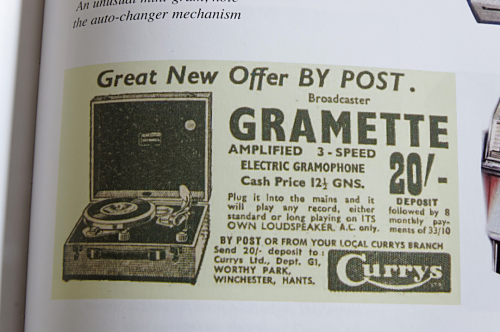 I didn't realise Currys had been going for so long. 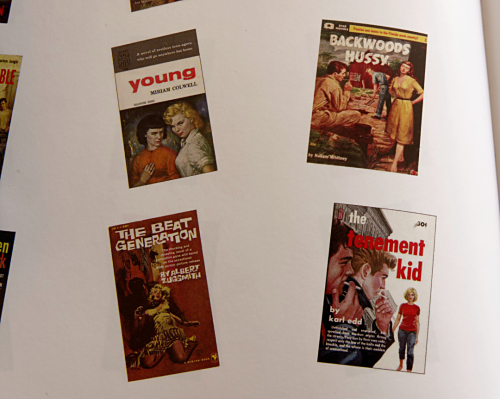 Four Good Kicks
Hey, I nearly forgot! Like the first book, these two each have a CD of 50s and 60s music. I’ll just put one on the gramophone now…

The front covers of the books, while each different, have a few things in common. The record label for Mike Sarne’s 1962 single Just For Kicks is top left, there’s a 1960s photo of Hilary Dowling (Chester’s wife) just below it, and a photo of Chester in the 60s top right. I puzzled over the kicking donkey on the spine, but of course it refers to the book’s titles, “Just For Kicks”. It was obvious when Lizzie pointed it out…

These are the published books:

The last three, and if you are quick the first one, too, can be found here.

Just For Kicks by Chester Dowling.