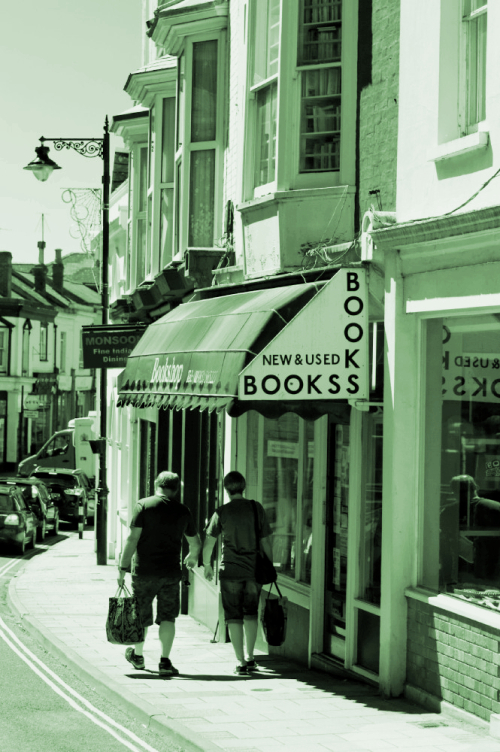 1) Looking for used books in a shop is far more pleasing and satisfying than looking on line; you go out, you talk to people, you see new things. You have unplanned interactions, and stuff just happens!

2) You can get expert advice that is impossible to find on the net; where to look, what to look for, other books you might be interested in.

3) Even if you come away with nothing, there’s always next time; A visit to a used bookshop is always enjoyable, and never time wasted.

4) Finding an old book on the shelves, handling it, reading a sample to see if you like it and choosing whether to buy the book is a personal, not an anonymous thing.

5) You’ll find something you just didn’t know existed. You will discover books, authors and subjects that would never occur to you in a month of internet browsing Sundays. I’ve found some amazing books; below are some of them. 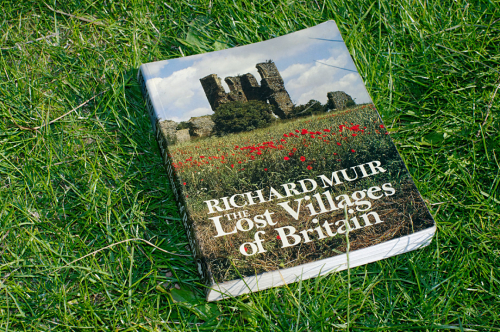 The Lost villages of Britain by Richard Muir.

The author’s name leapt out at me from the shelves because it’s the same name as a solicitor (now retired) I once had after a road accident. Richard Muir the solicitor later told me that he had mistakenly been sent emails meant for Richard Muir the author, and so they’d been in touch with each other.

I had no idea there were books on this subject, but this is just my sort of thing; I know of at least half a dozen deserted villages within a few miles of my house:

“By now it will be clear that lost villages are remarkably numerous. Few British readers are likely to be living more than four miles from the site of a deserted setttlement—even if has been overrun by the suberbs of an upstart metropolis” 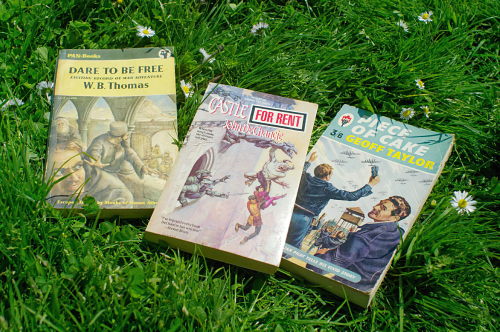 Piece of Cake by Geoff Taylor

One of those world War 2 memoirs I like to read. Many were written after the war, and sometimes I’ll find one I like. Shown in the photo with another one; Dare to be Free by W.B. Thomas, and Castle for Rent by John DeChancie. I already had a couple of books by DeChancie, but I hadn't heard of this one. I found these three while on holiday in a great used book shop on the Isle of Wight. There's a post on Piece of Cake here. (The last three links are all to posts on this blog) 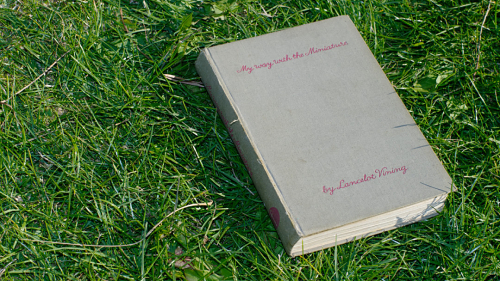 My Way With the Miniature by Lancelot Vining

One of my first books on photography was My Way With a Camera, by Victor Blackman. (1973)

This all meant that I knew the book existed, but in those pre-internet days I never expected to find it. I had no idea what it even looked like, but I found it one day while browsing the photography section of Weatherheads book shop (now gone) in Kingsbury Square, Aylesbury. 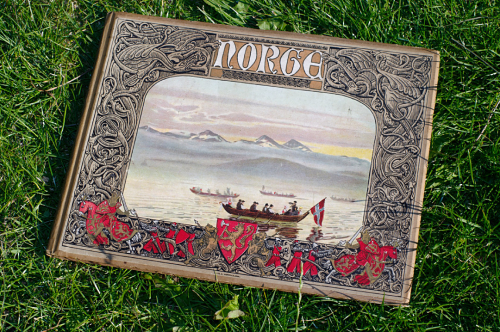 I saw part of the intricately drawn front cover of this book; it stuck out further than all the other books on the shelf. I pulled it out to see what it was. It’s a book of photographs of people and places in Norway, published in 1906. It says on the title page:

PICTURES FROM OUR COUNTRY'S MOST BEAUTIFUL

is the best translation I can find, I'm afraid.

Of course, most shops are online and it's good to do a bit of research before you go. Here's a list of bookshops to start you off. Have you ever found any unexpected treasures in a used book shop?

By the way the photo is Windsor Street in Uxbridge, Middlesex. England

Regarding the Lancelot Vining book, photography is still photography! Though we have it rather easier these days, and it's impressive how he managed to get all those shots in very low light.
I'm sorry but the photo is not of Uxbridge at all. It is actually of High Street, Ryde, on the Isle of Wight! There's a link above; "used book shop" to a post about the book shop in the photo.

Sorry to see this is no longer an active blog. I love books - all manner of books - and have a fair collection in my home. I've always loved used book stores for just the reasons you cite here. Seattle used to have some of the best - Elliott Bay, Arundel, the late David Ishii - although I've found gems in small town Nebraska and Texas, too. Austin used to have several excellent used book stores, but only the chain - Half-Price Books - seems to have survived the pandemic.

And, of course, the pandemic has changed book-buying for me. I used to spend hours combing the shelves of the various stores, finding books I never knew existed and titles I'd been searching for forever. The thrill of the chase!

Unfortunately, although I am 'retired' (physically disabled after a work accident) my wife is a frontline provider of adaptive equipment to medically fragile children. I can't take the risk of bringing home a bug which might well kill her clients, so Amazon beats a path to my door.

I wish it weren't so. I hope against hope it won't always be so.