Home Affiliates Commenting... About
Thanks, Mum
What I Did on my Holidays

I Ride All Through The Night 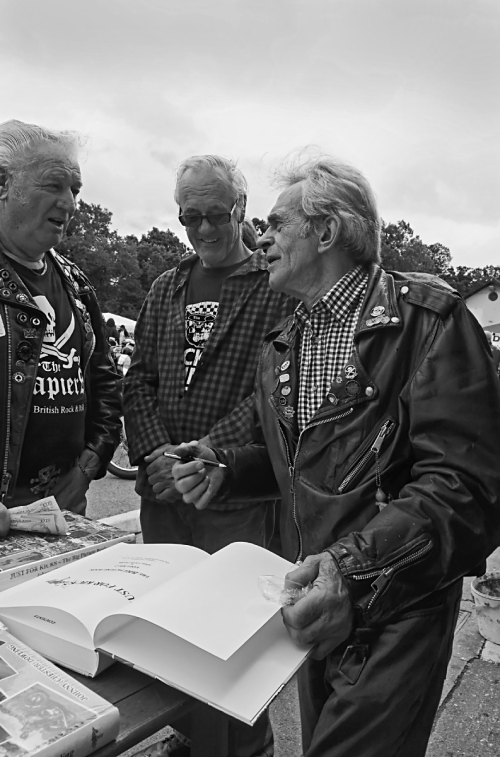 “Surely we’re not to blame, me and my red Parlophone 45!..."  (and)  “...Not long after its original release, Chester (illegally I might add) was seen to be tearing around on an old BSA and ‘singing’ (or rather, shouting) my record”

Mike Sarne’s red Parlophone 45 was his 1962 record, Just For Kicks. Here’s the chorus: 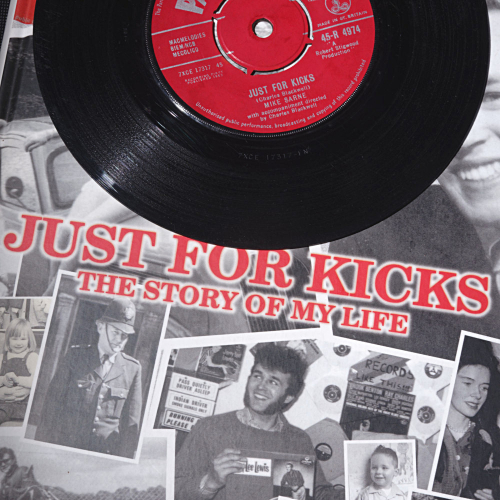 Chester wrote this book about his life. A lot of it is to do with him collecting and selling records and riding motorcycles, so this was just the thing to name it after.

There’s 172 stories with photos, and in the middle is the Intermission; pages and pages of photographs of people and bikes and record labels and magazine covers. There are lots of photos you won’t see anywhere else; they are from people’s family albums. This book is a record of British culture, mostly from the 1950s and 60s on, written by somebody who was there. The stories have titles like:

Mrs. Gordon, the deadly fire and the ‘borrowed’ knife.
“I won’t go too far, Mum”
The buxom nurse and the swingin’ metalwork teacher.
A ton-up boy stirs.

From the last story, where Chester’s neighbour has bought a little car and is looking to sell his BSA B33 combo: (a single cylinder 500cc bike with a sidecar)

“We struck a deal and only the Lord knows where I managed to get the fiver from to pay for it. As for delving into the mechanics of the trusty steed, forget it! I had the chair (sidecar) off in a jiffy - the half-fairing, panniers, ’n’ those un-cool heavy mudguards, all had to go.

"After a few evenings’ work, a tin of black paint, cheap alloy guards ’n’ a trials handlebar ’n’ levers set, I was ready to go, only problem being I was only fourteen (coming up fifteen) and couldn’t ‘go’ anywhere"

I hadn’t looked at this book for quite a while, and there’s a few things I’d forgotten:

The One Pound Note is actually a promotional item for Tony King Entertainments, who represented Screaming Lord Sutch amongst others. I’ve no idea if it’s supposed to be there. 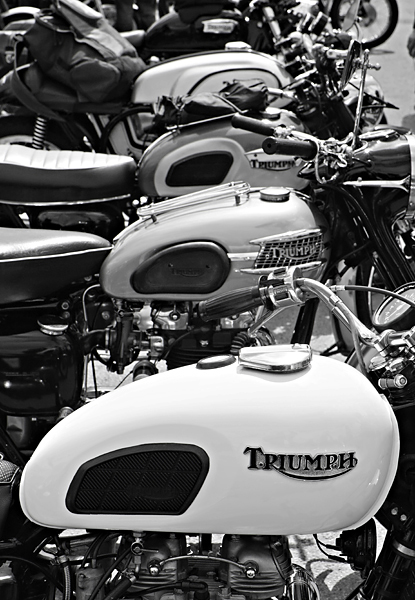 The first Ton-Up Day (Doing The Ton is going at 100 mph) was where Chester launched this book, and he also organised the event. It was, and still is, held in the middle of July at Jack’s Hill Cafe, a proper old transport cafe on the A5, just North of Towcester.

There was rock ’n’ roll from a live band and a DJ and all these old rockers appeared from out of the woodwork, as did loads of Tritons, cafe racers and other British bikes.

The front parking area was pretty much just for all the old Brit bikes (some bikes from certain other countries were also permitted) and it was packed, while us riceburner owners had to park round the back in disgrace…

The place was packed and there were all sorts of stalls (some sold records, of course) and I had a great time. 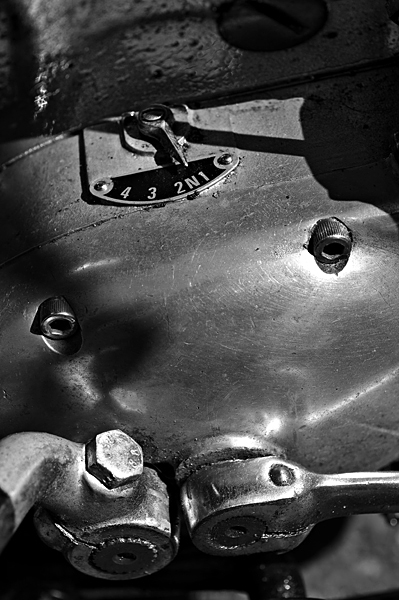 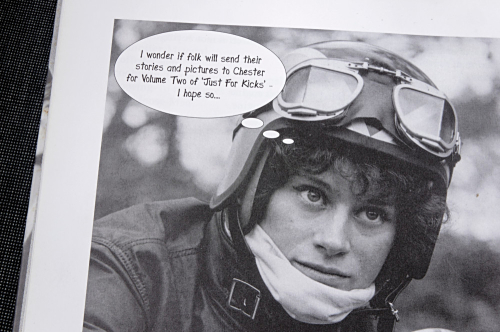 They did, too. I believe that this is Rita Tushingham, in a still from The Leather Boys.

Too skint to buy a copy at the first Ton-Up Day, I rode up to Chester’s Bop Shop (It’s gone now) in Northampton four weeks later, had a good chat and a cup of tea with Chester, and came home with my signed copy.

I wasn’t a close friend of Chester but I liked and respected him. It was a shock when he passed away, just over a year ago.

As far as I know this book is sold out, but he did publish three more. This is the full list:

The last three can be found here.

(Edited August 2018)
There are about ten copies left (unless some have been sold just recently) of Just For Kicks The Story of My Life, available at the link just above. I talked to Chester's daughter recently and they had found some copies they didn't know they had. Once they are sold, that's it.

At the link, you need to email the seller, as the book is not listed on the website.

Just For Kicks by Chester Dowling.